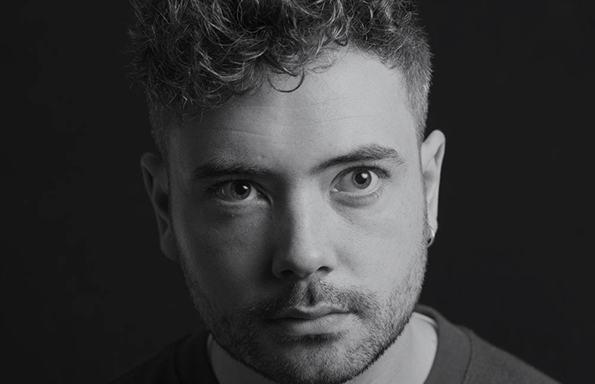 Seán Hewitt, who is studying at the University ‘s Institute of Irish Studies, was named winner of the £5,000 Resurgence Poetry Prize, for the best single poem embracing ecological themes.

Head of Department at the Institute, Dr Frank Shovlin said: “"We are privileged to have had a poet of Seán's standing pursuing graduate study with us over the past three years.

“His winning of the Resurgence Prize, his recent contribution to RTE radio's Poetry Programme, and -- best of all -- his successful viva examination, all go to demonstrate that he has been one of our most talented students of recent years.

“We look forward to his graduation on 5 December and wish him well in his upcoming term as a Leverhulme fellow at Trinity College Dublin."

Seán was born in 1990 to an Irish mother and English father and grew up in Warrington. He read English at the University of Cambridge, where he received his college’s Emily Davies and Lilias Sophia Ashworth Hallett scholarships and twice received the Charity Reeves Prize in English.

It was while at Cambridge that he became attracted to Irish literature through taking an optional module in Old Irish Language and Literature, and then through specialising in the Irish Revival and Irish modernism (with particular emphasis on Synge) in his final year.

In 2014, he was awarded Arts Council England funding for a series of poems, and in 2015 was selected as one of the Poetry Trust’s Aldeburgh Eight.

The Resurgence Prize is jointly run by The Resurgence Trust and The Poetry School, and the 2017 judges were Lavinia Greenlaw and Mina Gorji.