Investigating drug resistance and the impact of global change on transmission

We are working with the Animal Health Veterinary Laboratories Agency to determine the level of liver fluke drug resistance that exists on UK farms, and are working on improving our understanding of how changing climate, changing weather patterns and changing farming practices are affecting the transmission of liver fluke across Europe. We want to produce predictive models to optimise intervention strategies and involve the end-users in the production and dissemination of advice for effective fluke control.

We have developed field tests to measure the presence of drug resistance in fluke populations, and have sequenced the genome of Fasciola hepatica. Previous attempts to elucidate the genetic basis of drug resistance to triclabendazole in liver fluke have had only limited success. We are now taking a new, unique, unbiased approach to identify the gene, or genes, associated with resistance. We have created clones of liver fluke resistant and susceptible to triclabendazole to create genetic crosses. Our current BBSRC funded grant will build on this work to create a linkage map to enhance the organisation of the genome, finer-scale mapping of triclabendazole resistance genes and produce transcriptomic and metabolomic profiles for liver fluke stages exposed to triclabendazole. The genome of F. hepatica is available on WormBase ParaSite.

We have been awarded a major £1 million BBSRC Industrial Partnership Award to develop improved ways to control fluke infection in sheep and cattle. The partnership, led by Liverpool, brings together the Moredun Research Institute, the Centre for Ecology & Hydrology and the Scottish Rural University College and will use advanced modelling techniques to identify farm management practices that can be manipulated to reduce the fluke challenge on a farm. The work will be done in conjunction with EBLEX, DairyCo, Quality Meat Scotland, AgriSearch Northern Ireland and Meat Promotion Wales (HCC) who represent the farming industry and are part-funding the research.

With support from Merial, Agriculture and Horticulture Development Board (AHDB) and IGH, we have successfully developed a prototype pen-side test which can detect host antibodies against fluke on farm. This test has been designed using lateral flow technology. The very first lateral flow tests were first commercially produced for the human pregnancy test. This type of test is ideal to be used on farm, as they require little or no access to laboratories, require little or no training to be used, and results can be interpreted in a matter of minutes. They are also relatively cheap to produce. This makes them a viable alternative test for farmers. Now with support from the BBSRC we are currently beginning validation of this new test in the hope that this can then be made commercially available.

The impact of liver fluke on the welfare of horses 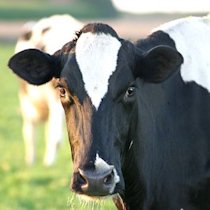