Colonisation of the nasopharynx is common, particularly in the developing world where incidence of invasive disease is also high. Understanding the bacterial and host immune conditions by which pathogens such as Streptococcus pneumoniae are carried in the nasopharynx is key to elucidating the complex relationship between bacteria and host. As part of this, we are interested in host immune regulation of carriage and bacterial factors that contribute to this. In addition, bacterial host to host transmission and how invasive disease develops following transmission and carriage are areas of research interest. 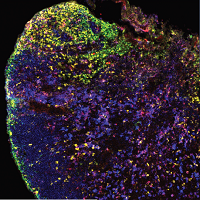 The role of T cells in carriage and pneumonia 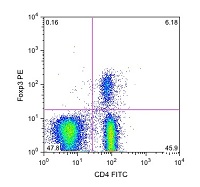 The role of capsule in carriage

Even though the pneumococcus is commonly found in nasopharyngeal carriage, there are some serotypes that are not associated with carriage. Streptococcus pneumoniae serotype-1 is one of the main causes of pneumococcal invasive disease, particularly in sub-Saharan Africa, but it is rarely found in nasopharyngeal carriage. Since nasopharyngeal carriage is a precursor to disease we would like to understand how serotype-1 causes disease, why it behaves in a different way to other pneumococcal serotypes and how it evades host immunity. As part of this effort, we are also interested in non-typeable serotypes and their role in colonisation and interaction with other bacterial strains as well as with host immunity. 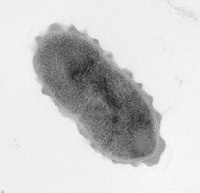 We investigate the role of pneumolysin and other major pneumococcal virulence factors in a range of in vitro and in vivo models and conditions. Our aim is to understand how these bacterial factors lead to colonization or invasive disease and to elucidate their interactions with the host immune system. 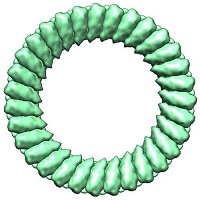 The widespread use of antibiotics has led to high and rising levels of antimicrobial resistance (AMR). The urgent need for alternative therapeutic approaches is clear. We have been working on several novel therapies against severe bacterial infections such as pneumonia and sepsis that focus on stimulating the immune system or directly targeting major bacterial virulence factors. These include our projects on P4 peptide immunotherapy(recently funded by MRC DPFS), bacteriophage therapy and liposome toxin sequestration therapy (recently published in Nature Biotechnology. 2014doi: 10.1038/nbt.3037). We also have several ongoing industrial partnerships developing other novel therapies and vaccines against bacterial diseases. Our overall aim is to develop and test new therapies against severe life threatening bacterial diseases using our clinically relevant and reproducible disease models. 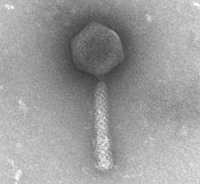 We have developed a variety of models of symptomatic and asymptomatic bacterial infection with bacteria such as Streptococcus pneumoniae, Group A Streptococcus and Pseudomonas aeruginosa, covering conditions such as nasopharyngeal carriage, chronic and invasive pneumonia, meningitis and sepsis as well as biofilm related respiratory tract infections (Pseudomonas). These models are applied to understand host-pathogen interactions on a holistic level, but also to test potential vaccine candidates and novel therapeutics.

Pseudomonas aeruginosa causes chronic lung infections in patients with Cystic Fibrosis (CF) and non-CF bronchiectasis. Such infections are associated with major morbidity and once established, are impossible to eradicate and require extensive and ongoing antibiotic therapy. We have developed a clinically relevant novel natural inhalation model of chronic lung infection with Pseudomonas aeruginosa and we have used this model to investigate bacterial adaptation in the upper and lower respiratory tract and the development of chronic lung infection. As part of these efforts we have shown that the upper airways provide a protected niche in which bacterial adaptation can occur prior to seeding into the lungs and establishment of chronic (and treatment-resistant) infection (Nature Communications. 2014 Sep 2;5:4780). We are now using this model to study evolution, adaptation and diversification of P. aeruginosa during chronic lung infection and as a clinically relevant system in which to test novel therapeutics.

The impact of multiple pathogen infections

Simultaneous infection with multiple pathogens is common in humans. The majority of reports show these coinfections to be detrimental to human health. Although individual pathogens are problematic, a pathogen’s disease potential can be magnified in diverse and significant ways by their relationship with other pathogens. Establishing the nature and consequences of pathogen-pathogen interactions during coinfection as well as identifying individuals at risk of multiple pathogen infection will aid in the design and evaluation of worldwide disease management programmes. Current work aims to understand the impact of simultaneous helminth infestation and respiratory viral and bacterial infections on pneumococcal carriage and disease.

A New Generation of Pneumoccal Vaccine

The aim of the project is to design a novel vaccine for Pneumococcal Meningitis and Sepsis. The project will assess the efficacy and safety of the vaccine using clinically relevant in vivo models. Novel adjuvanted formulations will be combined with newly discovered pneumococcal antigens and evaluated for their broad and cross-stereotype cellular immune protection. 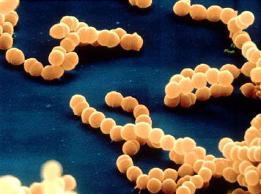 Streptococcus pyogenes also known as Group A Streptococcus (GAS) is among the most diverse of any human pathogen, and has a varied range of clinical manifestations. GAS causes mild superficial infections such as pharyngitis and serious invasive infections such as necrotising fasciitis.  Between 2010 and 2012 there was an outbreak of invasive GAS infections in Liverpool, Merseyside that had a mortality rate of 29%. Following sequencing, clinical GAS isolates from the outbreak were determined as a new emm 32.2 strain. There are two main objectives of this study; first to use in vitro methods to assess the differences between the outbreak emm 32.2 strain and other contemporaneous circulating sequence types (invasive and carriage). Set up animal models to investigate the pathogenesis of different clinical syndromes in vivo. This includes using a novel model of septic arthritis to look closely at the mechanism of disease and immunopathogenesis.

The pneumococcus is a bacterium that causes severe diseases throughout the world, but particularly in poorer countries. It is the most common cause of death from infectious disease in children under 5. We don't have a vaccine that protects against every type of pneumococcus. What makes pneumococcus so deadly is the ability to adapt to different challenges in different sites within the human body. For example, many people have pneumococcus living harmlessly in their noses and mouths, but the bacteria is also able to survive in the lungs (where it can cause pneumonia) and the lining of the brain (meningitis). This 5 year project aims to explain how pneumococcus thrives in different places. By comparing the genes of bacteria that cause different types of disease we will be able to find out which genes are required for infecting certain organs. we will  then construct bacteria that lack these genes and find out if they are still able to cause disease. This will help us understand what changes in the 'safe' bacteria in our noses allow them to cause disease. I aim to find important bacterial proteins that could be targeted in new vaccines or drugs aimed at controlling pneumococcal disease.

Highly motivated and committed summer/placement project students are welcomed to apply. Please include a CV and a short letter of motivation describing why you would like to participate in our research.

Projects are also available for new PhD students. View our Study with Us section for further information about postgraduate study at the Institute.