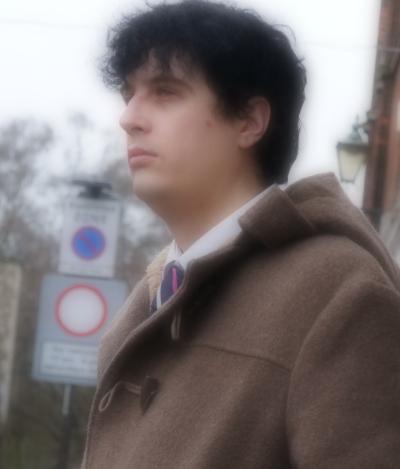 Dan researches on the history of philosophy, particularly 18th and 19th century French and German philosophies, as well as contemporary philosophy of religion.

He has recently been awarded the prestigious Humboldt Research Fellowship to carry out his research in Germany. Until August 2016, he will be working at Westfälische-Wilhelms Universität in Münster, on a monograph on “the Münster Circle”, a group of mystically-inclined thinkers writing at the end of the 18th century. Dan is particularly interested in a philosopher called François Hemsterhuis, and how his understanding of philosophical mysticism impacts on the way philosophy should be presented and written out.

I am really excited about this chance given me by the Humboldt Foundation to expand my scholarship and expertise into some thrilling areas of intellectual history. This is a great opportunity for me to do some proper archival work in the history of philosophy and hopefully emerge again into the light of day in Summer 2016 with something really, really interesting.

Over the last couple of years, Dan has been trying to further the contribution philosophy of religion might make to the UK impact agenda through an AHRC Connected Communities grant, working with Daniel Hill on law and religion, and an AHRC networking grant in collaboration with the University of Chester, Liverpool Hope University and a number of faith groups, that has tried to identify the ways in which philosophy of religion can and should impact on religious practice.

Dan has also been working closely with the University’s Centre for Health, Arts and Sciences, currently collaborating with the VG&M to bring together an exhibition for the 2016 Biennial to celebrate and promote medical humanities research across the University.

Dan is currently preparing the Edinburgh Critical History of Nineteenth-Century Theology for publication. Find out more about his publications on his website.