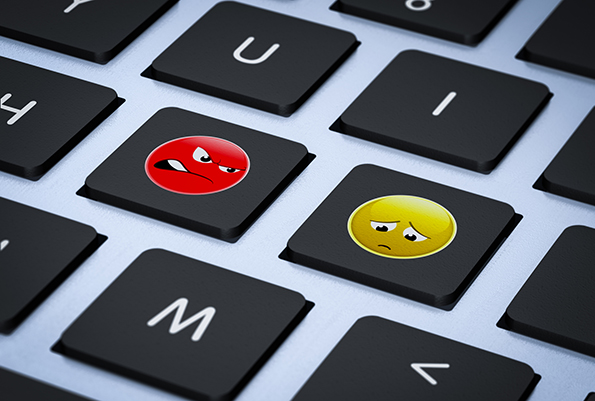 A Facebook funded project led by the University of Liverpool will examine the negative impacts of intolerant discourse across the UK, USA, Brazil and Germany.

Dr Patricia Rossini, a Derby Fellow in the University’s Department of Communication and Media, will lead a team of academics from the UK, USA and Germany as they seek to determine how intolerant discourse impacts both those at whom it is aimed; and bystanders –  those who witness others suffering as a result.

Dr Rossini said: “Moderation practices currently focus on more extreme behaviours, such as hate speech, violent threats and dehumanization, which means that they may overlook many forms of discrimination, harassment and derogation that are expressed in less blatant terms.

“This affects the likelihood that these behaviours are flagged, reported, and removed before they can be seen by — and potentially affect — many others.”

The project is distinct from previous studies into online toxicity, as it will compare four countries and their particular circumstances rather than focusing on a single geographic domain.

“Our project will advance these debates, by shedding light on how distinct institutional, cultural, media, and societal characteristics in different countries can affect perceptions of harm.”

The research will use online survey experiments with nationally representative samples in each of the four countries.

It will focus on both individual and systemic factors to explain why different people interpret differing types of political discourse as intolerant; the extent to which they are affected by it; as well as whether they take action, such as flagging the content and asking the platforms to remove it.

Professor Yannis Theocharis said: “We are interested in both the effects of intolerant discourse and the reaction to this type of content.

“To what extent do people take action to report or block intolerant content? Are some people more likely to be affected, or to take action, than others?”

The project, which will be based in Liverpool and was selected among more than 140 proposals from 33 countries, received a Content Governance Award of £79,696 ($99,834) from Facebook as an unrestricted gift. This means the researchers will work independently of Facebook, whilst also being fully responsible for all data collection, analysis and results publication.