Levelling up: why UK cities are less competitive than their European counterparts 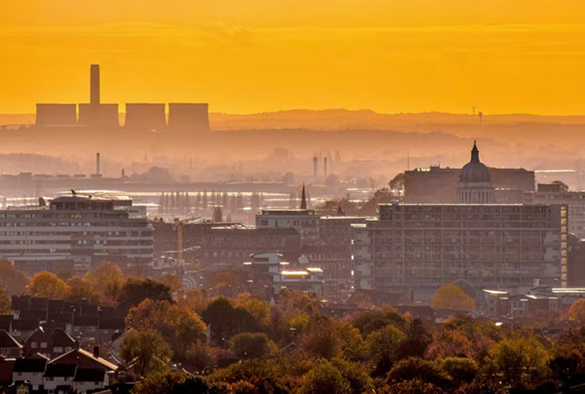 Professor Michael Parkinson is an Ambassador for the University of Liverpool’s Heseltine Institute for Public Policy, Practice and Place and the author of the books, Liverpool on the Brink and Liverpool Beyond the Brink

As we emerge from the pandemic-induced economic slump into a world of higher inflation shaped by ongoing crises, like Brexit and the war in Ukraine, quite how we make the UK more competitive is a burning question. There are many sources of competitiveness but a crucial one is how a nation’s cities perform. In simple terms, there are no successful national economies without successful cities.

In February 2022, the UK government published its plans to level up the country. This white paper highlighted how UK cities, outside of the capital, underperform in relation to their European counterparts.

The government’s findings are not new. And, as I have shown, its solutions are limited.

My research suggests that the UK would be a more interesting, fairer and a more economically successful country if our cities – outside London – were more powerful. Those countries which are more decentralised and give their cities greater financial resources tend to perform better.

Second-tier cities are those outside a nation’s capital (the first tier) which, by virtue of their scale of population and economy, make a significant contribution to national economic productivity. The precise number will vary depending on a country’s size and urban structure.

The key drivers of urban success, which includes economic productivity are as follows: innovation in processes, goods and services; economic and social diversity; the population’s skill levels (its human capital); physical, digital and relational connectivity (nationally and globally); place quality (which includes the public and private provision of culture, healthcare, education and housing); and strategic capacity (the ability of a city’s leadership to mobilise its resources to deliver long-term goals).

My research shows that, judged on these metrics, British second-tier cities have long lagged behind their European peers – from Munich and Amsterdam to Lyon, Barcelona, Milan and Copenhagen.

The most comprehensive and up-to-date survey of the international evidence on city performance is the 2020 study by the Organisation for Economic Co-operation and Development (OECD). This report found that gross value added (GVA) per worker in the UK’s core cities is just 86% of the national average in 2016: that’s a 14% gap, the biggest, in terms of domestic productivity, amid the larger OECD countries.

And the productivity gap between second-tier cities in the UK and elsewhere is even greater. Productivity per worker was 30% higher in Australia and Germany, 26% in the Netherlands, 22% in France and 17% in Italy than in Britain.

The OECD report showed that the extent to which a city is productive directly impacts the living standards and wellbeing of its inhabitants. Workers in these UK cities are less well educated and work in less productive sectors of the economy. Unemployment rates are higher. Their export of goods and services is lower than the UK average. They generate relatively few patents.

Deprivation is higher, meanwhile, with the number of deprived neighbourhoods over three times the national average. Income levels, and the educational performance of school students are lower. And housing costs are high, by international standards.

Lastly, UK core cities are fiscally constrained and more dependent on national government funding. They receive up to 68% of their revenue from the state, compared with an average of 35% in the other 35 OECD countries.

For British cities to be more competitive, the OECD argued that they need greater investment to upskill their workforce and get more people into work. They need to invest in public transport, housing supply and local quality of life. They also need greater financial independence and better governance. The 2022 white paper does promise modest governance reforms but is virtually silent on the crucial issue of greater financial independence.

According to my research our cities underperform, in part, due to a national decision-making system that has only partially been devolved. In Europe, there is variation to be sure, but the general trend is to place powers at the lowest government levels.

European cities have more responsibility than their UK counterparts for a wider range of functions which affect their economic competitiveness. They typically have more diverse forms of local revenue and more buoyant tax bases. This makes them less fiscally dependent upon the national state. And their combination of powers and resources arguably makes them more proactive, more entrepreneurial and more competitive.

The most successful cities in Europe are German which, because of the system created by the Allies after the second world war, have substantial powers and resources. They operate in the most decentralised national system on the continent and have sophisticated, cooperative and productive relationships between its three levels of government – federal, state and local.

It is no accident that the German economy is the most successful in Europe. It is clear too that UK cities – and the economy at large – underperform in large part due to the more centralised governmental, institutional and financial systems in place. Letting go would make us more competitive.