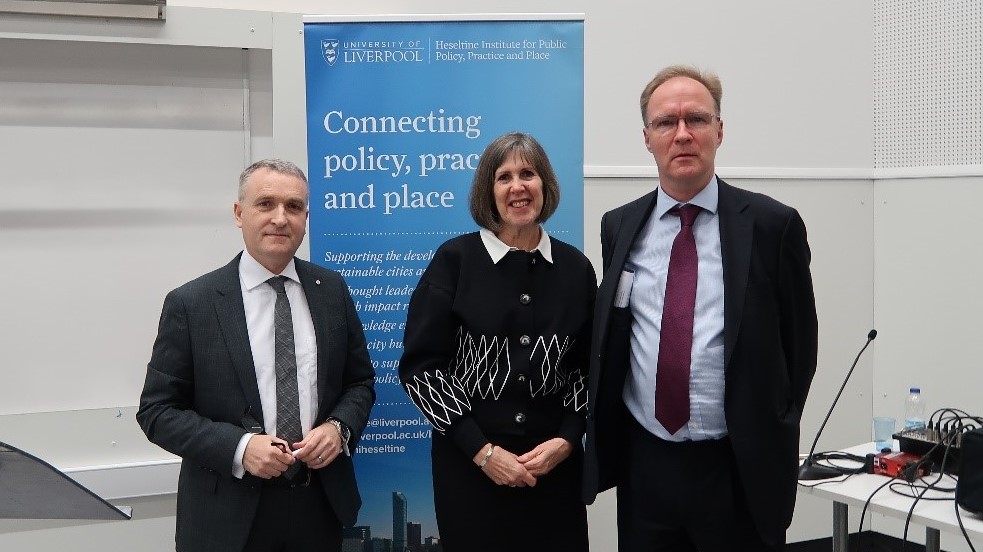 Sir Ivan Rogers, the UK's Permanent Representative to the EU until January 2017, delivered a Heseltine Institute Public Lecture titled 'Brexit: What next?' at the University of Liverpool on Wednesday 12th December.

As Brexit discussions reach their crescendo and coinciding with the Conservative Party leadership confidence vote, Sir Ivan's lecture could not have been better timed or more needed. Drawing from first hand experience, he spoke authoritatively about the complexities of Brexit.

Following a welcome from the Vice-Chancellor for the University, Dame Professor Janet Beer, Sir Ivan charted nine critical lessons he believes we need to learn from our engagement with Brexit to date.

In his opening statement, Sir Ivan said 'The stakes could not be higher now. We face the biggest political crisis for at least a couple of generations. The risks are now both a democratic crisis and an economic one.'

The full transcript of the lecture can be found here.

Listen to the full audio here.

Professor Mark Boyle, Director of the Heseltine Institute, has recently published a special issue Space & Polity on 'Brexit Geographies' with colleagues Ronan Paddison and Peter Shirlow, which can be found here.