Posted on: 14 April 2021 by Prof Roy Goodacre in Case studies

It is widely but erroneously believed that molecules, including drugs and metabolites, enter and exit cells by passing through the phospholipid bilayer portion of the plasma and other membranes. Much evidence shows, however, that this is not the case.

The expression of these membrane transporters varies hugely between different human tissues. Some are only expressed in particular tissues and not others, whilst some are expressed in almost all tissues.  This may not be all that surprising given different tissues require different amounts of specific nutrients to function. However, many of these transporters remain ‘orphans’, i.e. have unknown substrates. Much evidence also shows that drugs hitchhike on transporters for other molecules for which these drugs are structurally similar. 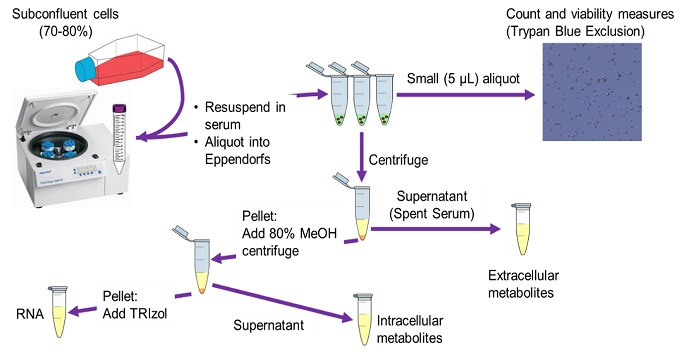 In this study published in Metabolomics an untargeted LC-MS/MS method was developed to detect a broad range of compounds present in human serum. This was applied to the analysis of the time course of the uptake and secretion of metabolites in serum by several human cell lines, by analysing changes in the serum, that represents the extracellular phase (the ‘exometabolome’ or metabolic footprint). This approach is being used to deorphanize transporter proteins by comparing the changes in the exometabolome to transporter expression in cell lines and cell lines where specific transporters have been overexpressed. This benefits our understanding of the biological function of transporter proteins and their role in health and disease, as well as their potential for novel drug targets.