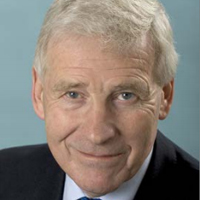 Dr Roger Platt retired in 2004 as a Senior Vice President in Unilever. After spells in Holland, the United States and London, he was appointed head of Unilever’s Port Sunlight laboratory and co-ordinated the work of laboratories in Holland, USA, India and China.  His last role in Unilever was the leadership of supply chain strategy for the global Home and Personal Care business.  His public sector experience includes a secondment to the Foreign Office; the Chairmanship of the North West Science Council; and as a Non-Executive Director of the Ministry of Defence research laboratories (Dstl), of the Department of Education in Northern Ireland (DENI),  the Advisory Board of the Food and Environmental Research Agency (Fera), and the Board of Trustees of the Institute of Food Research (IFR).

Roger’s early academic career was as a natural scientist with a BSc from the University of Wales, a PhD from Manchester and a fellowship at Christ’s College Cambridge (research interest Mössbauer spectroscopy). In retirement he has undertaken research in History at the University of Liverpool, where he has completed a PhD in Anglo-Soviet relations and post-doctoral work on the post-war British diplomatic community.

Roger lives on the Wirral. He is an avid rugby league (St Helens) and football (Liverpool) fan, and plays enthusiastic if unskilled golf.