Steve received a degree in Genetics from Edinburgh and a PhD from Cambridge, followed by post-doctoral positions and a lectureship at Stirling before moving to Liverpool in 2003. His research focuses on genetic diversity and evolution in host-parasite interactions using a variety of systems including host resistance to infection in natural populations of animals; genomics of infection and drug resistance in helminth parasites of livestock; and diversity of microbial infections of cystic fibrosis patients. Techniques include population genomics, high-throughput sequencing, SNP genotyping and microarrays. His work is funded by NERC, BBSRC and the Wellcome Trust. 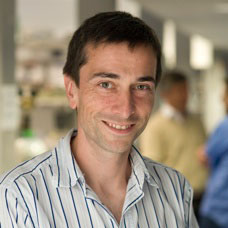