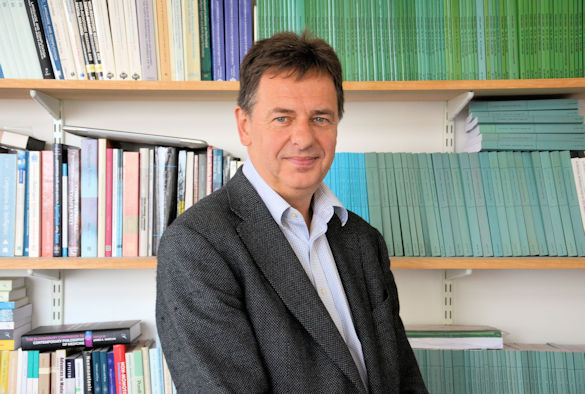 Professor Wiebe Van Der Hoek has been appointed Executive Pro-Vice-Chancellor for Science and Engineering after serving the role on an interim basis since June last year.

Professor Van Der Hoek joined the University in 2002, taking up a Chair in Computer Science to work in the area of logics for multi-agent systems, specifically Dynamic Epistemic Logics. He was Head of Computer Science from 2008 to 2012, and became Head (now Dean) of the School of Electrical Engineering, Electronics and Computer Science in 2014. In June 2018 he was appointed Interim Executive Pro-Vice-Chancellor for Science and Engineering.

Vice-Chancellor, Professor Dame Janet Beer said: “Wiebe has significant leadership experience, developed both from his time as Dean of the School of Electrical Engineering, Electronics and Computer Science, and, more recently, through heading up the Faculty.

"I am sure that colleagues in the Faculty will join SMT in congratulating Wiebe and in supporting him to deliver the University’s ambitious long term strategy for outstanding research and education, here on campus, on-line and with our partners around the globe.”

Professor Van Der Hoek said: "I feel honoured by the trust the University, Faculty and staff have showed in me by offering me this role, and I am very much looking forward to keep developing our ambitions,

"in terms of furthering our reputation through our outstanding offer and engagement with students, and our world leading research, including the translation of that research to the benefit of the society: globally, nationally, but also locally."