WATCH: Astronaut gets Liverpool research up and running in space 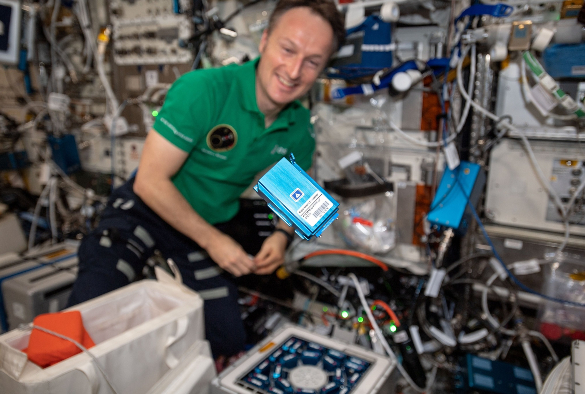 After lifting off just before Christmas, the University of Liverpool’s MicroAge experiment is safely up and running on the International Space Station.

Supported by the UK Space Agency, the project is using microgravity to understand what happens to human muscles as we age, and why.

When astronauts spend time in space their muscles get weaker, just as they do in older age. By studying what happens to muscle tissue in microgravity, the team can compare the findings to what happens on Earth. This will help the solve the puzzle of why muscles get weaker as we age and find possible ways to prevent it.

Fantastic footage shows European Space Agency astronaut Matthias Maurer unpacking and installing the MicroAge experiment, which was launched to the ISS in a SpaceX Falcon 9 rocket from the Kennedy Space Center on 21 December.

Matthias can be seen sorting muscle cell containers, which contain synthetic muscle cells the size of a grain of rice, inside the Space Station's Kubik minilab for incubation at 37°C.

The 24 blue containers are decorated with different ‘mission badges’ designed by children as part of a MicroAge competition.

Some of the muscles will be electrically stimulated to ‘exercise’ while others will be exposed to increased amounts of protective heat shock proteins, which the Liverpool team have previously shown provide protection against age-related muscle wasting.

At the end of the experiment the muscles will be frozen ready for their return to earth, and further analysis, later this month.

Tune into the latest episode of the Scouse Science Podcast to hear more about the project from Professor Anne McArdle.