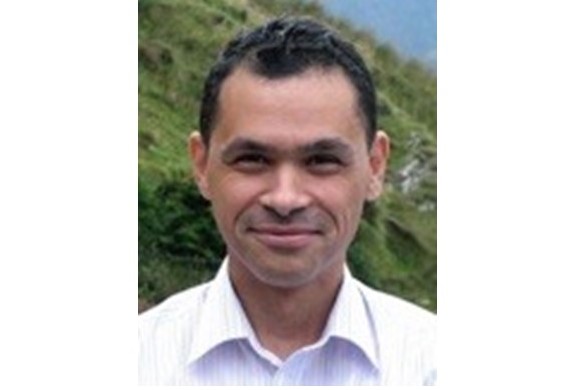 Words by the Department of Computer Science

The University of Liverpool is saddened to announce the death of Professor Yannis Goulermas of the Department of Computer Science, who passed away last month.

Words by Professor Katie Atkinson, Dean of the School of Electrical Engineering, Electronics and Computer Science

We are lucky to have had Yannis work in both Departments within the School of Electrical Engineering, Electronics and Computer Science during his time at Liverpool, as both his research and social connections stretched across a broad range of the staff base. Yannis had high standards in the work that he undertook and expected from others, within all his university roles. His research interests included machine learning, pattern recognition, data analytics, mathematical modelling and optimisation and their applications in industry, technology and science. He took pride in the precision of his technical research contributions and was keen to impart to his students the most recent developments in his research area, to enable students to both learn about, and contribute to, the latest cutting-edge research.

Yannis also took his administration roles very seriously and would be found with a copy of the Code of Practice on Assessment in meetings in anticipation of assessment deliberations.

Yannis recently led a Knowledge Transfer Partnership project with the Simplify Group on the topic of automating and accelerating conveyancing, on which I had the personal privilege of collaborating with him. Despite juggling challenges on the project including changes in company personnel, a takeover, a global pandemic and Yannis’ own health issues, he ensured that the project adapted and delivered the outcomes. In April 2022 it was announced that the assessment of the final report for the project gave a grade of ‘outstanding’, which is in no small part testament to the efforts that Yannis invested in both the research and impact work on the project, and also the team dynamics. This example is reflective of the people-centred approach that Yannis took to his roles. He was well known and well liked by both academic and professional services staff around the School of EEECS and will be sorely missed.

Yannis was one of the most positive people I have known. I enjoyed our conversations over a cup of coffee, his quick wit, and his sense of humour. These will be sorely missed.

He was kind and supportive to junior colleagues and his students, and he always had the department's interests at heart. He was someone I could always rely on to get things done. He has been highly prolific in his research career. Yannis leaves behind a legacy that will live on in many PhD students that he supervised and postdoctoral researchers that he mentored.

Yannis was a complete joy to work with. He had a great sense of humour and was always looking for the positive in anything he was doing. Yannis contributed to the department in so many ways. He was a great lecturer and mentor. His students have described him as an 'excellent communicator' who is 'very knowledgeable, passionate and explains things well’. Over the years, Yannis not only became a highly valued colleague but also a close friend. I will sorely miss him.

Yannis was at home in both of the Departments in the School. During his time in the Department of Electrical Engineering and Electronics he was widely recognised for his in-depth knowledge and experience, and for his charisma and his sense of humour. He was able to couple his innate sense of fun with a passion for research and was liked and admired by both staff and students. Yannis's work spanned biomechanics, image processing, optimisation, and machine learning. He excelled in developing novel theoretical approaches to complex problems and working closely with medical experts, smaller companies, and large enterprises, to apply his work to the real world. His departure leaves a huge hole that will be impossible to fill.

The funeral for Yannis will take place on Friday 24th June, at 15:15 – 16:00 in Altrincham Crematorium, with a gathering organised for afterwards in Ringway Golf Club.

Information about the service and reception can be found here, along with details of how to make a charity donation for anyone who wishes to support his family’s chosen charity, The Christie.