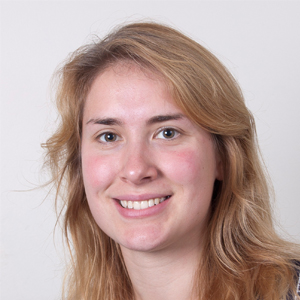 'Genetic level investigations of species diversity, biogeography and the trophic traits of Antarctic Polychaetes'
University of Liverpool, Natural History Museum London and National Oceanography Centre
Supervisors: Prof George Wolff, Dr Rachel Jeffreys, Dr Adrian Glover and Dr Henry Ruhl
Description: Polychaete worms are some of the most abundant taxa within the Antarctic marine benthos. Many species found there were previously believed to be cosmopolitan or circumpolar. However more recently DNA barcoding has revealed that several species are made up of genetically distinct and biogeographically restricted populations. My project aims to us genetic level species identification to renew our knowledge of Antarctic polychaete diversity and biogeography followed by stable isotope analysis to determine the trophic traits of different species to understand their role in ecosystem function. - Email Madeleine

'Water column structure and transports between a temperate shelf sea and the open ocean in winter'
University of Liverpool, National Oceanographic Centre, Mexican Government scolarship (CONACyT).
Supervisors: Prof. Jonathan Sharples, Dr. Jo Hopkins, Dr. Jeff Polton
Description: Physical transports of water, carbon and nutrients between the shelf seas and the open ocean are thought to be vital for mantaining the high levels of sea shelf biological production and for transferring carbon from the shelf system into the deep ocean. This project aims to assess the shelf-deep ocean exhcange mechanisms that take place in the Celtic shelf sea. - Email Eugenio

'Distribution, composition and transport of dissolved organic matter in shelf seas'
University of Liverpool
Supervisors: Dr. Claire Mahaffey (UoL), Dr. Jo Hopkins (NOC), Prof. Jonathan Sharples (UoL) and Prof. Ric Williams (UoL)
Description: Dissolved organic matter (DOM) is the largest pool of organic matter in the marine environment and is an important store of carbon, storing as much carbon in the ocean as that in the atmosphere as CO2. The role that DOM plays in oceanic biogeochemical cycling and export production is affected by its quantity and quality. The main focus of my PhD project is to determine the source, assess the composition and map the transport of DOM in shelf seas over a seasonal cycle. - Email Nealy

'The life cycle of high-frequency internal waves in shelf seas:from generation to dissipation'
NOC, University of Liverpool, University of Bangor, Plymouth Marine Laboratories
Supervisors: Dr. Matthew Palmer, Dr. J. A. Mattias Green, Dr. Vasiliy Vlasenko & Prof. Jonathan Sharples
Description: Internal waves are of immense importance on a variety of temporal and spatial scales – from being a driver of the climate controlling overturning circulation to sustaining fisheries in shelf seas. Solitary internal waves are often generated when the internal tide forms near steep topography such as the shelf break and over banks. The origin, generation mechanism, spatial distribution and propagation properties of solitary waves in shelf seas are all however poorly understood, they are virtually absent in numerical ocean and climate models. This PhD project aims to increase our understanding of the dynamics of high-frequency solitary waves and the impact they have on the physical and biogeochemical systems in our changing environment. This will be achieved through a combination of observational and modelling methods. - Email Anastasiia 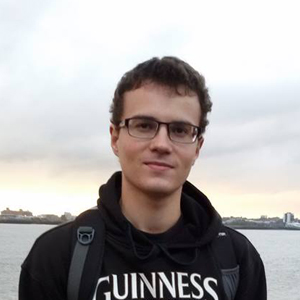 'Copper speciation: from Estuary to Open Ocean'
NERC Manchester and Liverpool Doctoral Training Programme
Supervisors: Dr. Pascal Salaun (UoL), Dr. Alessandro Tagliabue (UoL), Pr. Stan VandenBerg (UoL), Dr. Cedric Garnier (Université de Toulon)
Description: The PhD project I am currently doing in the Ocean, Earth and Ecological Science department at the University of Liverpool is focusing on the speciation of copper at the estuarine interfaces. Copper is an essential micronutrient for the biology. It is involved in several protein structures as Iron transport but it could be toxic. Copper toxicity and bioavailability is a function of its concentration and its speciation. That is why understanding the speciation is essential to understanding the key role of copper in the ecosystem.
I will determine the speciation of copper using electrochemistry techniques including the Gold Microwire Electrode. This electrode was developed at Liverpool opening new perspectives in metal determination. - Email Arthur 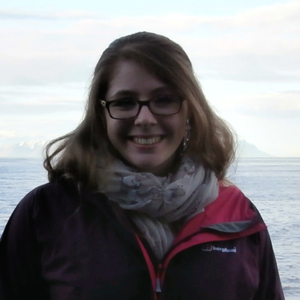 'Using ocean gliders to understand the physical control on phytoplankton variability in coastal and shelf seas'
NERC Manchester and Liverpool Doctoral Training Programme, AFBI
Supervisors: Matthew Palmer (NOC), Claire Mahaffey (UoL), Jason Holt (NOC), Adam Mellor (AFBI)
Description: Accounting for up to 30% of oceanic primary production, shelf seas are important components to global biogeochemical cycles, despite covering only ~7% of the Earth’s surface. Understanding the physical processes that control phytoplankton productivity in shelf seas is vital to predict and understand future climate change. During my PhD, particular areas of research will focus on the role of turbulent motion within the pycnocline and how this interacts with local biogeochemistry e.g. the diapycnal nitrate flux. There is also the potential for developing new parameterisations of turbulence, extending the capability of gliders for studying ocean mixing. - Email Jenny 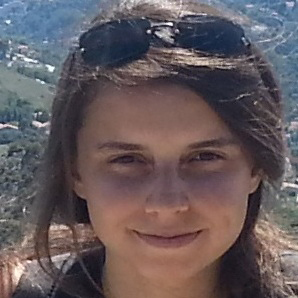 'Investigation of the role of anthropogenic forcings in modulating biophysical interactions in the Black Sea using a ‘state of the art’ coupled hydrodynamic-ecosystem model'
National Oceanography Centre and the University of Liverpool
Supervisors: Heather Cannaby, Alessandro Tagliabue and Jason Holt
Description: Marine ecosystems throughout the world are subject to increasing environmental pressures, with no area of the global ocean unaffected by human influence. Environmental management of marine ecosystems requires an understanding of how these systems respond to perturbations in individual drivers of change. During my PhD, I will study the Black Sea ecosystem, one of the most impacted basins and which continues to be overexploited and poorly managed. Using a modelling approach (with the coupled ecosystem -hydrodynamic model called ERSEM_GOTM), I will focus on the zooplankton dynamics and try to assess how the biomass of copepods respond to changes in eutrophication and climatic forcings. In a further extend, I will investigate how the variability of copepods may impact lower trophic level interactions and the biomass of other key species in the Black Sea. - Email Valérie 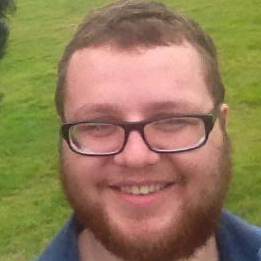 'Simulation and Validation of Combined Waves and Tides in Complex Near-Shore Environments'
NERC Earth, Atmosphere and Oceans Doctoral Training Programme, University of Liverpool & National Oceanography Centre
Supervisors: Dr Paul Bell (National Oceanography Centre), Dr Jenny Brown (National Oceanography Centre), Prof. Andy Plater (University of Liverpool)
Description: Coupled models of waves, tides, and surge, and their interactions in coastal environments, can often be significantly influenced by the complex bathymetry in the domain. Accurate knowledge of this bathymetry and its evolution is thus important to improve the accuracy of such models. One method of obtaining bathymetric information is through the use of X-band radar data. However, this method is dependent on accurate water level information, currently provided by single point tide gauge measurements. There is potential to improve the accuracy of both the models (by incorporating bathymetric information from radar measurements) and the methods to analyse radar data (by modelling to give spatial variations in the tidal height and wave set-up). - Email Kieran 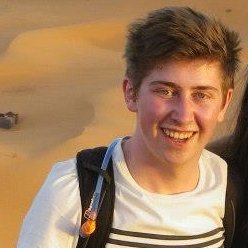 'Modelling meteotsunamis on the European shelf'
NERC Manchester and Liverpool Doctoral Training Programme
Supervisors: Kevin Horsburgh, Chris Hughes, David Schultz
Description: My research, modelling meteotsunami on the European shelf, covers both atmospheric and ocean dynamics. These tsunami-like waves are generated by atmospheric pressure disturbances and have been known to reach up to 5 – 6 m in various locations, but little is known about them. By coupling the Weather Research Model and Telemac2D, the aim is to reproduce meteotsunami with more realistic atmospheric models than has been previously attempted. Furthermore, this research aims to aid the problem of forecasting such events at the UK coastline, where they have been noted to occur on the southern coast of England and across Scotland. - Email David 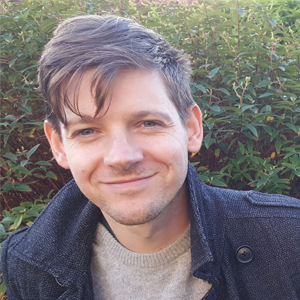