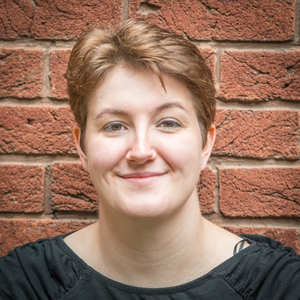 'Investigating volcanic flank instability and catastrophic sector collapse'
Part of the Liverpool-Manchester DTP, funded by the Natural Environment Research Council (NERC)
Supervisors: Yan Lavallée, Jackie Kendrick and Giulio Di Toro
Description: Stratovolcanoes are inherently unstable structures built up by superimposition of layers of volcanic materials including weaker layers that can aid collapses. This occurs within a dynamic stress field with geothermal fluid interaction and high temperatures. The aim of my project is to constrain the strength of edifice building materials (which is dependent on porosity, composition and crystal content) and their behaviour during failure at a range of conditions. In addition, I will investigate the frictional behaviour of these materials, including the effect of varying temperatures and slip speeds on the mechanical, physical and chemical evolution of slip zones, simulating both slow flank movement and sudden sector collapse. - Email Amy

'The volcanic safety valve: controlling the release of volatiles for safe geothermal drilling into magma chambers'
NERC studentship
Supervisors: Yan Lavallée, Jackie Kendrick and Felix von Aulock
Description: Magma contains sufficient potential energy to locally heat fluids to supercritical conditions, however due to current drilling limitations this is largely under-exploited in geothermal energy production. Following the unintended intersection with magma by the IDDP-1 well in Krafla, Iceland, and the subsequent energy production from supercritical fluids, it became apparent that a greater understanding of melt decompression was required. The explosive potential of a volcano is largely controlled by the volatile concentration and viscosity of the magma. Decompressing a magma body results in volatile exsolution, leading to vesicle nucleation and lowering of the residual melt viscosity, potentially resulting in foaming, fragmentation and eruption. Through a series of high temperature, high pressure experiments and by assessing exposed vesiculated magma bodies in the field, I aim to detail the development of porous-permeable networks in magma and constrain the rate dependency of fragmentation. Improved knowledge of magma decompression will contribute towards more advanced geothermal energy production and may one day be extended to scientific magma observation boreholes, enabling a reduction in the explosive potential of eruptions through a safety valve. – email Josh 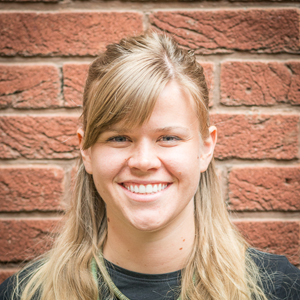 'What controls magma foaming in volcanic conduits? Testing the effects of differential stress and temperature fields'
Part of the Liverpool-Manchester DTP, funded by the Natural Environment Research Council (NERC)
Supervisors: Yan Lavallée, Jackie Kendrick, Felix von Aulock
Description: Volatile exsolution and bubble formation within the conduit play a major role in eruption dynamics and yet, the eﬀects of diﬀerential stresses on magma foaming remain relatively unconstrained. The importance of strain localization and frictional heating near the conduit margin on the erupting magma column is known, but there has been no attempt to quantify the extent of these combined effects on vesiculation in shear zones. In my project I want to challenge the current model of magma foaming by decompression. I will try to analyse the effects that differential stress fields and temperature variations impose on bubble nucleation and growth, and how this influences magma ascent and eruption dynamics. A better understanding of the onset and kinetics of volatile exsolution in the dynamic magmatic column will enhance volcanic eruption models. - Email Jenny

'Modelling Magma Movement: Integrating Physical and Petrochemical Evidence of Magma Flow within Sills'
Supervisors: Janine Kavanagh, Elisabetta Mariani, John Wheeler, David Dennis
Description: Sills play a key role within volcanic plumbing systems, transporting magma hundreds of kilometres from a magma source to storage beneath the surface expression of a volcano. However, the mechanisms for how magma is transported these distances without solidifying are largely unknown due to the complexity of imaging flow within active intrusions. Using analogue experiments, microscopy, and numerical heat flow modelling, I aim to visualise how flow dynamics within intrusions can vary and be recorded within the geological record. A better understanding of how magma is transported within the crust via sills will improve current conceptual sill emplacement models, as well as aid in the development of volcanic hazard assessments that rely on understanding the plumbing system of a volcano. - Email Kate