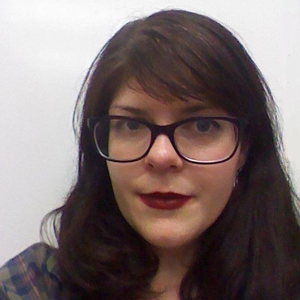 'Long-term geomagnetic field variation and it’s relation to whole-mantle convection: was the geomagnetic field weak and unstable in the Devonian-early Carboniferous?'
Natural Environment Research Council (NERC) doctoral training Partnership
Supervisors: Andy Biggin and Mimi Hill
Description: Analysis of the palaeomagnetic record indicates that the Earth’s geomagnetic field varies on timescales of 10 to 100 million years (Myr). It has been hypothesised that this behaviour is related to the total heat flow and the spatial pattern of heat flow across the core-mantle boundary (CMB), which is controlled by mantle convection (Biggin et al. 2012). Numerical modelling suggests that increasing the total heat flow, the amount of heat flow at low latitudes or both results in an increase in the frequency of field reversals and reduces the strength of the field. Dramatic changes have been observed in the Mesozoic Era and were potentially linked changes in mantle plume flux and an episode of true polar. Specifically, a peak in reversal rate in the Jurassic was associated with a weak geomagnetic field while the field was stronger during a period of a single dominant polarity in the Cretaceous (the Cretaceous Normal Superchron; CNS). This project asks: did a similar pattern occur 200 Myr earlier and could it have been related to recurring mantle processes? - Email Louise 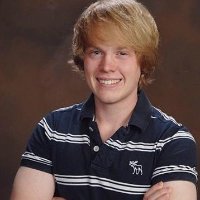 'Building prototypes for the next generation of versatile palaeomagnetic laboratory'
Duncan Norman Scholarship, UoL, and Magnetic Measurements
Supervisors: Andy Biggin, John Shaw (Magnetic Measurements) and Mimi Hill
Description: Palaeomagnetism is the study of magnetic records preserved in rocks and archaeological materials. Palaeomagnetic measurements are increasingly used to address a wide range of commercial, societal and scientific problems. These include dating, palaeogeographical reconstructions, drill core orientation, and documenting the variability of the Earth's magnetic field on time scales from decades to billions of years. For example, it is palaeomagnetic measurements that told us that the Earth’s magnetic field has been weakening for at least 1,000 years and, if this were to continue, we may begin a magnetic reversal or excursion in a few thousand years. A few decades ago, virtually all palaeomagnetic instrumentation was home-built. Today, much is bought “off-the-shelf” from suppliers such as Magnetic Measurements, the company that is involved in this project. However, much off this equipment is extremely expensive and relatively inflexible – designed to perform certain types of “traditional” experiments. This project is designed to help remedy this problem and will involve the building, testing, improving, and utilisation of various prototypes of novel palaeomagnetic instruments and software. Email Michael.

'The Dynamics of Magma Intrusion'
School of Environmental Sciences as a part time PhD student and part time Graduate Teaching Assistant
Supervisors: Janine Kavanagh and Andrew Biggin
Description: Intrusions are a key mechanism for the transport of magma through the crust, providing a pathway for the emplacement and development of volcanic complexes. Currently, the mechanisms associated with emplacement and propagation of magma intrusions are poorly constrained. This project utilizes petrology, rock magnetism and analogue modelling techniques to investigate the dynamics of magma flow within intrusions and how these are preserved in outcrop. Field work was conducted on sills of the British Palaeogene Igneous Province, Scotland, to investigate preserved structures. Sampling was conducted to investigate crystalline and magnetic flow fabrics along the length and breadth of intrusions. These results will be compared with analogue models to better constrain the dynamics of magma intrusions. The results have wider implications for hazard and risk assessment of volcanic systems, as the factors that influence intrusion emplacement and propagation can help to understand the triggering and dynamics of eruptions at the surface. - Email Simon

Does the South Atlantic Anomaly persist? Paleomagnetism of Saint Helena and an analysis of the global geomagnetic time-averaged field structure.
Funded by The Leverhulme Trust

Description: The dominant axial dipole component of the Earth’s magnetic field seems to be decaying at this moment. Around the South Atlantic there is a huge patch of reduced field strength referred to as the South Atlantic Anomaly (SAA). This anomaly causes damage to electronics and increased signal noise for satellites passing through this region. By collecting data from the SAA from before 5 Ma we are going to create a new magnetic field model with a higher resolution, to see if this SAA has persisted through time and is a signature of anomalous heat flux at the core mantle boundary (CMB) or if it is a transient anomaly that occurred randomly in this location.

What on Earth was the magnetic field doing just before the Cambrian Explosion of Life?
Funded by The Leverhulme Trust

Description: The Neoproterozoic was a time of continental break-up, extreme climatic changes and diversification of early life that concluded in the Cambrian explosion of life. Palaeomagnetic measurements from the Ediacaran period (635-541 Ma) also display an anomalous behaviour of Earth’s magnetic field. In contrast to the conventional geomagnetic dipole field, geocentric and aligned with Earth’s rotational axis, records of the palaeomagnetic field, stored in rocks in several locations in Laurentia and Baltica, suggest that the geomagnetic field in the Ediacaran spent several periods with poles at the geographic equator. If this is the result of continental movement with unmatched velocity or of a highly instable magnetic field with high reversal rates is still widely discussed. This project aims to gain a better understanding of the ancient geomagnetic field of the Ediacaran period by analysing the strength of the field and to investigate the wider implications for the evolution of Earth’s interior.

After the inner Core? Palaeomagnetic field behaviour in the Neoproterozoic
Funded by The Leverhulme Trust

Description: When did Earth’s inner core form? This is one of the most hotly contested questions in deep Earth Science at the moment; it is also a question that links directly to the thermal evolution of the whole planet and the energy budget available to drive global geodynamic processes. My project investigates the claim that Earth’s inner core is 1,300 million year old. If the hypothesis is correct, we would expect Earth’s magnetic field to have remained strong, on average, since this time. By focussing on the late-Proterozoic to earliest Cambrian (500-720 million years ago), my aim is to establish if Earth’s magnetic field was indeed strong during this interval by measuring new palaeomagnetic field intensities from numerous sites across the world.

The length of the Low: how strong was Earth’s magnetic field in the Triassic?
Funded by The Leverhulme Trust