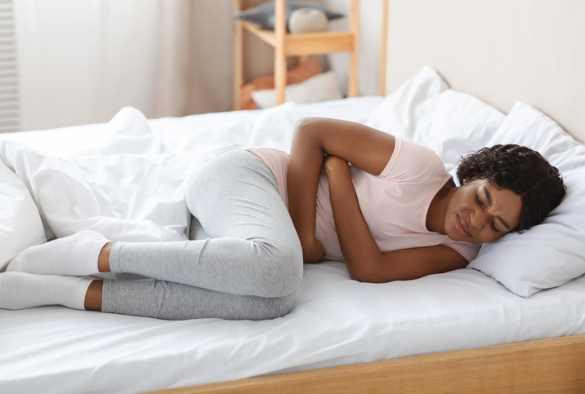 The number of reported gastrointestinal infection outbreaks more than halved during the first six months of the COVID-19 pandemic in the UK, compared with the previous 5-year average, while lab confirmed cases fell by a third, new research has found.

While several factors are likely to have been behind these figures, the public health measures adopted to curb the spread of COVID-19 infection, such as improved hand hygiene, undoubtedly had a key role, say researchers from the NIHR Health Protection Research Unit in Gastrointestinal Infections at the University of Liverpool.

If this level of hygiene practice were to be maintained once the pandemic is over, there could be a permanent change in the number of gastrointestinal infections reported, they suggest.

While a growing body of evidence indicates that the pandemic and the mandatory infection control measures have had a major impact on other health conditions, such as heart disease and cancer, it’s less clear what impact they’ve had on infectious diseases.

In England alone, it’s estimated that there are more than 17 million cases of gastrointestinal infections every year, resulting in over 1 million healthcare consultations and around 90,000 laboratory-confirmed diagnoses.

The researchers wanted to find out what impact infection control measures imposed during the pandemic had on gastrointestinal infection trends in the first 6 months.

During the first 6 months of 2020, 1544 suspected and lab-confirmed gastrointestinal infection outbreaks were reported in England, representing a 52% fall on the 5-year average for the period.

Reductions in lab-confirmed cases were observed for all pathogens across all age groups and in both sexes, ranging from 26% in children aged 1–9 to 42% among women aged 80+.

Evidence from Google Trends data showed searches for key phrases, such as ‘food poisoning’, ‘gastroenteritis’ and ‘sickness bug’ all plunged between weeks 11 and 13, while trends for ‘handwashing’ and ‘disinfection’ rose substantially between weeks 8 and 14, mirroring patterns observed in other surveillance systems.

This is an observational study, and as such, can’t establish causality. It only covered the first few months of the pandemic and wasn’t able to separate out the impact of other contributory factors, caution the researchers.

But they nevertheless conclude: “There has been a marked change in trends of [gastrointestinal] infections in the context of the COVID-19 pandemic.

“The drivers of this change are likely to be multifactorial: while changes in health seeking behaviour, pressure on diagnostic services, and surveillance system ascertainment have undoubtedly played a role, there has likely been a true decrease in the incidence for some pathogens resulting from the control measures and restrictions implemented.

“This suggests that if some of these changes in behaviour, such as improved hand hygiene were maintained, then we could potentially see sustained reductions in the burden of [gastrointestinal] illness.”

The study is published in the open access journal BMJ Open.