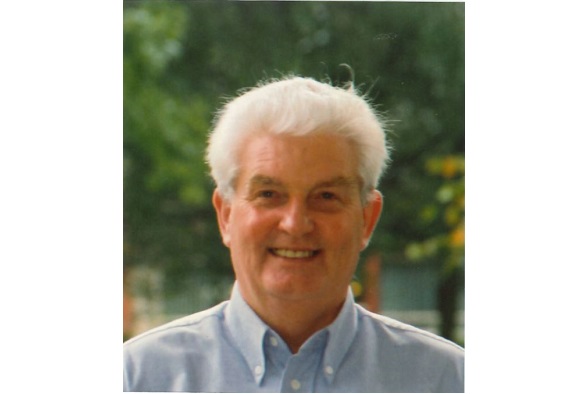 The University is saddened to learn of the passing of John R Kitson on Friday, 18 September 2020, formerly from the University's Department of Chemistry.

John was born in Oxford Street Hospital, Liverpool, less than a mile from the University of Liverpool where he devoted most of his career. He started as a trainee technician in the Department of Chemistry in 1962 and rose to Laboratory Superintendent, overseeing the technical and financial support for a large and active department. He subsequently took up the position of Finance Officer at the Surface Science Research Centre and the Leverhulme Centre for Innovative Catalysis where he built effective finance and administrative frameworks that helped to establish the new research centres.

John was admired not just for the senior administrative positions he occupied, but also for the warm, humorous and professional manner in which he discharged his considerable responsibilities. He was agile and flexible in his problem solving, and was a real mentor and adviser to new academic, technical and administration staff. These friendships endured long after his retirement, and John was part of a vibrant network of ex-colleagues who met regularly for lunch, beer and discussions on the state of the world.

John had wide-ranging interests. As a young man, he was part of musical groups in Liverpool at a time when the Mersey Beat was becoming famous across the world. Unfortunately for him, there was another budding group around at the time, which caught the attentions of Brian Epstein. Epstein loss was clearly the University’s gain!

John was active in the trade union movement and served as a councillor in Lydiate Parish Council.  In this role he extended provision for parks and playing fields for the community, also reflecting his strong interest in crown green bowling. He was also an active member of the Ormskirk cricket club where he was a treasurer and committee member for many years.

John was a loyal and dedicated colleague and a good and wise friend to many of us. Above all, he was a family man, a dedicated and loving husband to Pauline (d. 2015), a loving father to Paul and Damian (d. 2020), a caring brother to Edward, and grandfather to Sam, Jessica, Jack and Ben.

Donations in John’s memory can be made to the West Lancashire and Southport Breathe Easy Group.