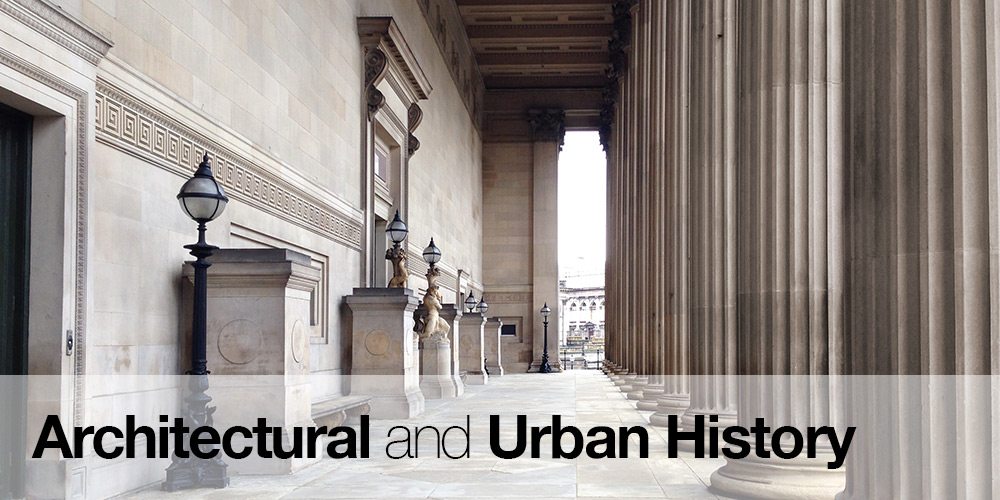 The Liverpool School of Architecture has long been a centre of historical research, with a lineage stretching back to RIBA Royal Gold Medal winner Colin Rowe and others. A particular feature of the work of the Architectural and Urban History Group today is the emphasis on empirical research, making extensive use of archives and other primary, unpublished sources. The majority of the Group’s work is focused on the twentieth century, whether that be the history of architecture, of cities or of theory. It is largely, but not exclusively in these areas that we encourage and welcome PhD applications.

The Liverpool School of Architecture has an outstanding record for the quality of its research. The recent REF 2014, which assessed the research produced by all the UK’s universities, placed us top of all the schools of architecture for the quality of research output, with a GPA of 3.19. In this nationwide assessment of the quality of University research, 40% of our output was given the highest ranking of 4* (world leading) with a further 40% at 3* (internationally excellent), putting us at the head of the table.

The Architectural and Urban History Group places great emphasis on international research and global reach.  Current and recent research topics developed within the Group range from Britain and America to Italy, Spain, West Africa, India, China (including Hong Kong) and Japan, from the nineteenth onwards.  Prestigious research awards to support and promote this work have been won from, amongst others, the Arts and Humanities Research Council (AHRC), the British Academy, the Leverhulme Trust, the Getty Conservation Institute, the Getty Research Institutes, the UK and India Education Research Initiative (UKIERI), the Graham Foundation, the Great Britain Sasakawa Foundation, the Paul Mellon Centre for Studies in British Art, the Qatar National Library and the RIBA Research Trust.

In addition to research and publishing, members of the Research Group are active in various learned societies, amenity organisations and professional bodies which not only promote architectural and urban history to a wider public, but advise local and national Government on planning and listed building applications.  The Group is particularly well represented in the Society of Architectural Historians of Great Britain (SAHGB) where members hold the prime positions of President, Secretary and Editor of the SAHGB’s journal, Architectural History.  Group members are also current and recent Trustees of the Twentieth Century Society as well as committee or panel members of the Victorian Society, the RIBA Awards London Regional Jury and Design Review panels for Oxford and Brighton. It is through such activities that scholarship can be disseminated and impact made.

Central to the School’s ethos is the belief that research informs teaching and the wide range of research pursued in the School provides a rich body of knowledge from which both undergraduate and postgraduate students – especially PhD students — benefit. Recent PhD topics include the Architectural Association in the 1950s and 1960s, Richard Siefert and Architecture for Profit, Cultural Heritage in Saudi Arabia, the Evolution of House Form in the Turkish Context, the Institutionalisation of the Avant-Garde and the VKhUTEMAS training, and French Coastal Defences in the Age of Sail.

Applications to pursue similar or, indeed, divergent research topics at the School are welcome.