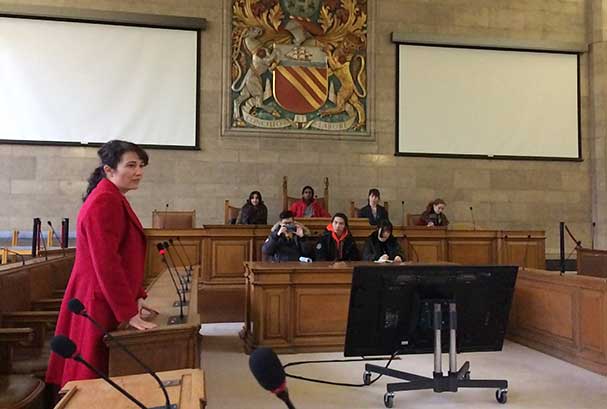 BA3 Studio 1 are reimagining Greater Manchester as a Co-City and designing a Co-City Hall for the new Elected Mayor and the GMCA.

We started the project with a trip to Manchester; visiting buildings of interest alongside sites of architectural activism and other political significance. A highlight of the day was a visit to the Town Hall where we had the privilege of testing out the Council Chamber as part of our research into the typologies of different debating spaces. Cllr Angeliki Stogia talked to us about how the space is used and what it is like to address full council meetings in the chamber.

Later on in the day we made the first visits to our new sites following a lecture on approaches to site analysis in a building adjacent to one of the sites.

We will be returning to visit the London Road Fire Station which is part of the immediate context of the other site and holding our first tutorials on site.

BA3 Studio 1 began the design process of their Co-City Hall project in a lively one day workshop with invited guest Prof. Ruth Morrow from Belfast Queens University. The aim of the workshop was to explore the design of spaces in relation to interactions between a group of people. This was a natural progression from the previous project, where students began by designing a building element related to the scale of an individual. 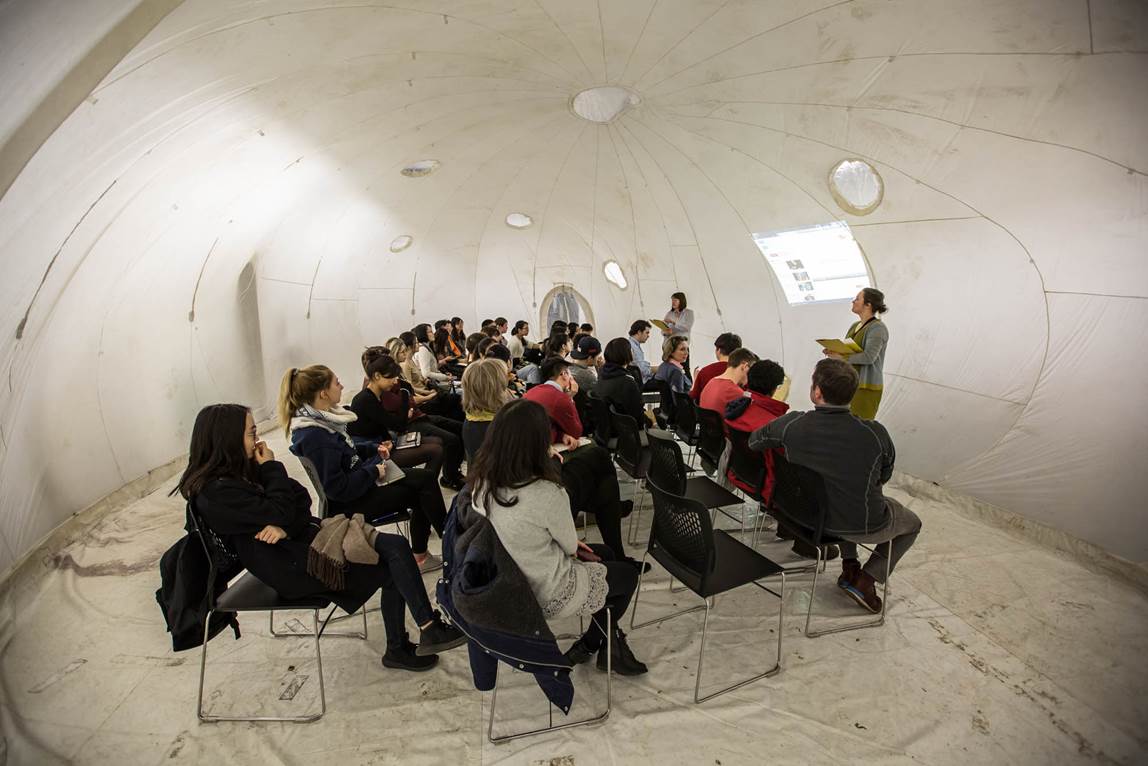 Using a temporary inflatable bubble made by Space Cadets and kindly on loan from Levenshulme Market, we installed our own debating chamber in the School of Architecture. The studio carried out 5 short political debates on issues related to political concerns raised by students.Manchester 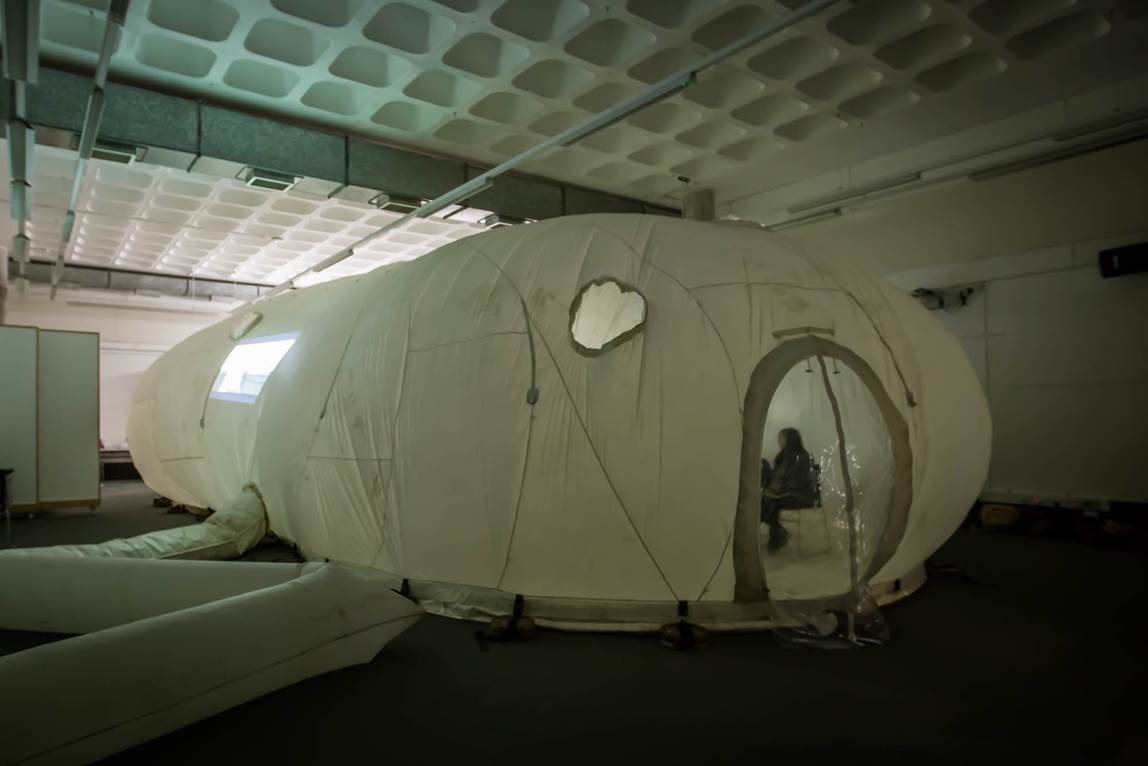 Through these discussions the 5 major typologies of debating chambers from around the world were tested. These typologies for example; semi-circle; opposing benches and horseshoe; are identified by XML in a study of the world’s parliaments. This exercise presented the opportunity to reflect on the ways that the arrangement of the space and people affected the human interaction and the quality of the discussion.

The day was broken up with talks on Dialogic Discussion and a look at Ruth’s work with Tactility Factory making links back to the studio’s focus last semester on materiality and detail. The day concluded with a look at the student’s research into a selection of international parliaments and models they had made of the debating spaces. In the analysis of the architectural precedents students were able to draw on their personal experiences of the day’s debates. It is an exciting moment now, as students now choose which typology to take forward in their own design and begin exploring the spatial and material possibilities through models.