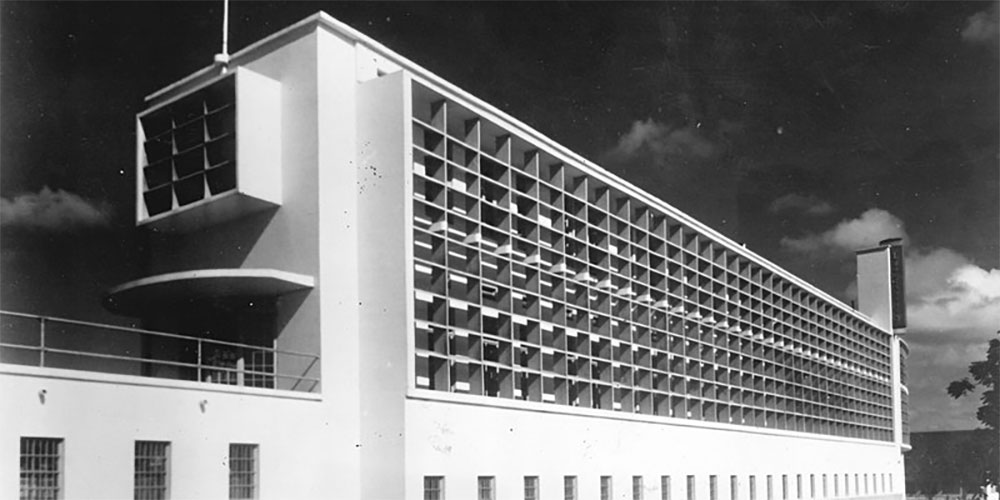 Tate Modern’s Hyundai Tate Research Centre: Transnational and the University of Liverpool’s School of Architecture are pleased to announce Crucibles, Vectors, Catalysts: Envisioning the Modern City. This online event will include three sessions which will bring together scholars, researchers and curators to explore the architectural production in the blurred era of independence to the post-colonial period of the mid-20th century, focussing on cities in Africa, Middle East and South Asia.

Whether driven by a socialist agenda (Nehruvian India; Nkrumah’s Ghana), developed under monarchies (Iran under the Pahlavis; Iraq under Hashemite), quasi colonial protectorates, or pan-continental aspirations, architecture (and especially Modernism) was a key apparatus for nation-building, re-imagining identities and as a means to project/invent a new image of the future. The seminars seek to explore the use of architecture as both physical infrastructure and symbolic expression, as well as its vulnerability to the vicissitudes of changing politics and policies of the times.

Rather than framing this through the geo-political boundary of the Nation, we want to bring to the fore the role of cities as catalysts, crucibles, and vectors for developing new expressions of identity, change and power. It is within the city that schools of thought emerge, dynasties and collaborations are formed, networks and ideas are shared, publications are disseminated, and lectures delivered. Whilst the desire of a newly independent nation was often to congeal a single national collective identity, it was through the urban centres that strands of coherent, yet often multiple identities were formed. Sometimes these urban centres were newly built, or they were suitably remade and reimagined through infrastructure, government buildings, universities and cultural institutions and national monuments.

The role of seminal figures (such as Rifat Chadirji, Mohamed Makiya, Jane Drew and Maxwell Fry) are important here, not least as they often occupied cross-cultural territories, operated in multiple cities and spanned the colonial-colonised divide. Architecture schools, state sponsored projects and external agencies feed into the discussion and warrant further exploration. How did these bodies with their transnational connections, diverse political agendas and complex allegiances navigate towards an appropriate architectural expression?

Watch a recording of the sessions here

Building the Modern City: Expressions of Identity, Change and Power

This panel will explore state-sponsored programmes, planned cities and masterplans in cities such as Lagos, Tehran and Baghdad. It will examine architecture as expressions of nationalism and nationalist political agendas as well as its relationship to big business, corporations and mercantile ventures.

Ola Uduku (Manchester School of Architecture), Lagos International Metropolis: A city’s adventure in tropical architecture as an expression of dynamic modernism and growth in the mid 20th century

This panel will explore the practice of modern architecture through colonial-postcolonial networks and alliances. It will explore cities in Mozambique within the context of other Lusophone countries, post-Partition East & West Pakistan, as well as the dissemination of knowledge and technical expertise through pedagogy.

Fahran Karim (University of Kansas), Archaeology of the Future: Constantinos Doxiaidis in East and West Pakistan

Fragments of the Modern City: Memories, Echoes and Whispers

This panel will explore the collaborations, connections and entanglements that developed between art and architecture during a dynamic period of building in Morocco, India and Iraq. It will examine the legacy and afterlives of these projects through the investigation of under-recognised figures and narratives in art and architecture.

This event is organised by Hyundai Tate Research Centre: Transnational and Liverpool School of Architecture.

This is a free event that will take place on Zoom, click here for details and to register with Eventbright