Medical student Shantanu Kundu (pictured below) received a Points of Light award from Prime Minister Boris Johnson to mark 2020 World Mental Health Day, as well as a personal letter congratulating him on “the fantastic work you have done creating the Be Free Campaign.” 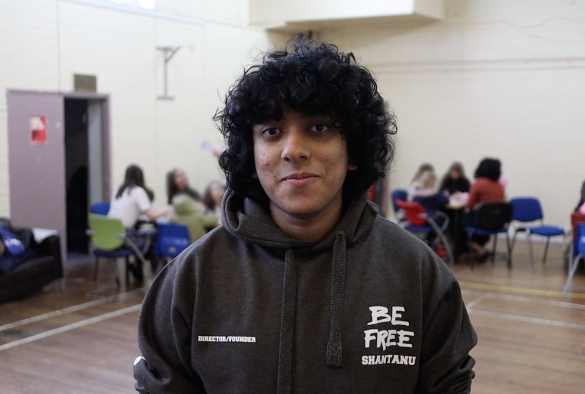 Shantanu set up the Be Free Campaign to reduce the stigma about mental health among young people. He and his volunteer ambassadors use their social media following to promote mental wellbeing, and have held street campaigns and workshops in schools and universities for 6,000 young people in the North West and Midlands. Shantanu’s award follows success from earlier this year, which saw his campaign receive funding from the National Lottery Community Fund to support its outreach work, and recognition from The Diana Awards for his services to charity.

Mr Johnson went on to say, “Together with your team of ambassadors, you have inspired thousands of students and young people across the country to talk openly about their mental health. With your enormous social media following you are transforming attitudes towards mental health and showing the world it’s okay not to feel okay.”

Reacting to the Prime Minister’s announcement, Shantanu said: “It has been the honour of my life to have received this award and thanks from the Prime Minister. Especially during these times, mental health issues have become highly prevalent. I am overwhelmed by the amount of support that this charity has received from communities and the government. I would like to thank my team, without whom none of this would have been possible and I am truly humbled and honoured to be recognised for my work. Mental health is important, you are never alone, speak up and get help.”

Shantanu is the 1,496th person to receive the Prime Minister’s UK daily Points of Light award, which was first launched in April 2014 to recognise outstanding individuals making a difference where they live. Each day, someone in the country is selected to receive the award to celebrate their remarkable achievements, including hundreds of volunteers who have been recognised for how they have served their communities through the coronavirus pandemic. ●

Especially during these times, mental health issues have become highly prevalent. I am overwhelmed by the amount of support that this charity has received

Back to: Alumni magazine

Find out how the University is supporting student wellbeing